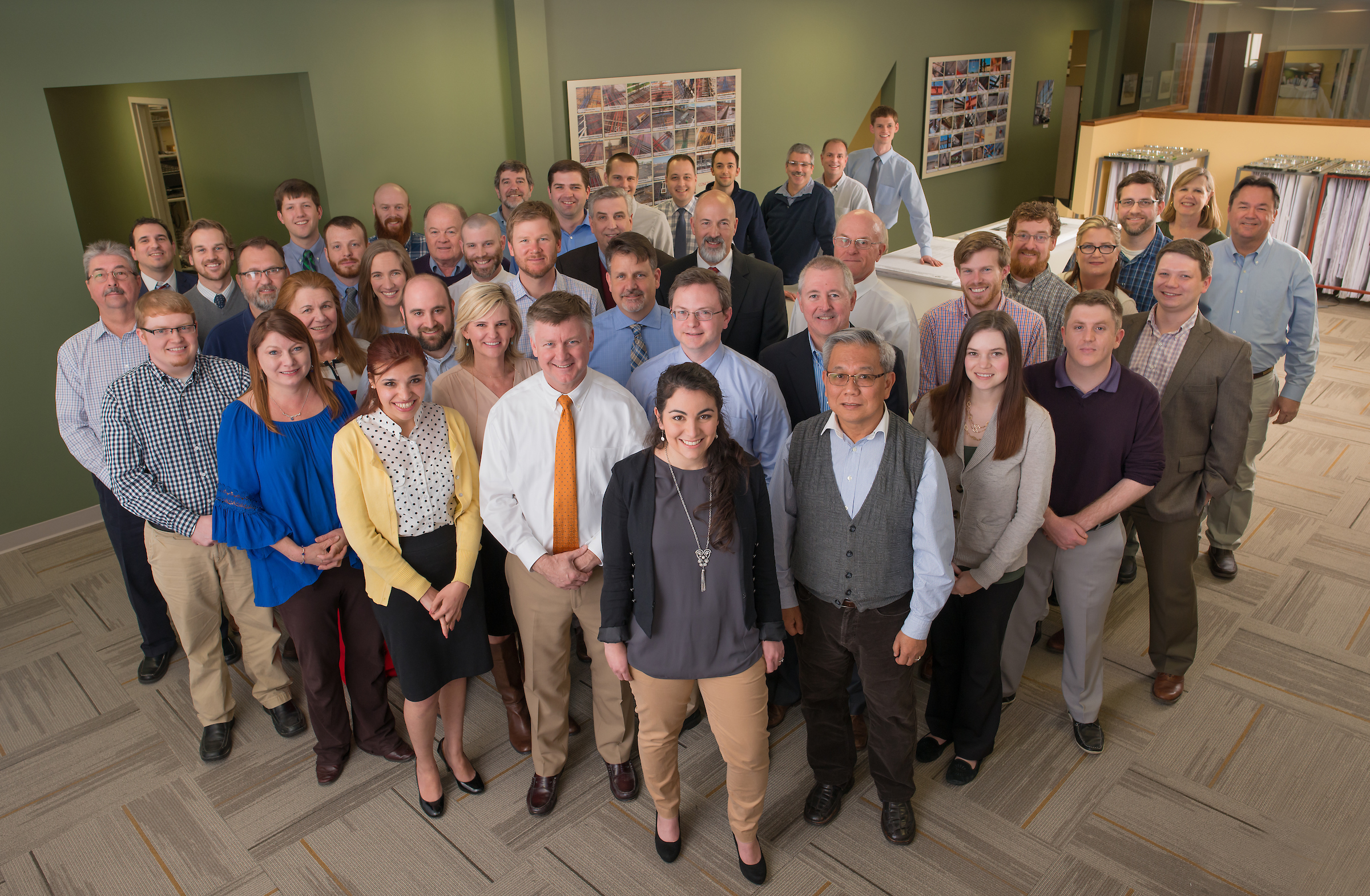 Group effort characterizes the daily operations of Structural Design Group. The principal engineers have worked closely together for many years and developed a strong, complementary relationship. Seeking the best design solution evolves from a collaboration of thoughts and teamwork. We emphasize this theme through all phases of a project with experienced, qualified personnel.

The firm’s original founding partners are Paul Murray, Jim Parker, Tom Schaeffer, and Jim Stephenson. Additional firm principals include Joe Connor, Jeremy Salmon, Charles Haynes, and the most recent addition, Kris Bomar.  Will Grigg and Jared Ganstine are Associate Principals and Shareholders, and Phil Francis is an original founding shareholder in the firm.

SDG’s design engineers average 10 years of experience and hold degrees from some of the most respected engineering programs in the country. All hold Masters degrees, and the majority are licensed PE’s (Professional Engineers) or SE’s (Structural Engineers). Several of SDG’s engineers are licensed as SE’s and CE’s in California. All share the same commitment to providing excellence in structural engineering and professional services.

Senior-level engineers and modelers supervise all modeling and detailing operations to develop clear and coordinated construction documents. The firm’s modeling personnel have an average of 18 years’ experience in the preparation of structural construction documents. SDG maintains all the current versions of Revit and MicroStation and the firm is committed to making use of the latest technologies for production and file sharing to ensure complete compatibility with other software systems.

Construction administration services are managed by a dedicated staff capable of resolving field issues in a timely manner and keeping projects on time and in budget. SDG has a Construction Administration department dedicated solely to projects under construction. Five engineers, two that are licensed PE’s (Professional Engineers), review submittals, respond to RFIs, conduct structural pre-construction meetings at project sites and perform engineering site visits to help ensure a quality structural project. This department has members in the American Concrete Institute, American Welding Society, and the Post-Tensioning Institute Installation Certification Program, and has an average of 15 years of engineering/construction experience.